Hola amigos, friends and amis! What an amazing and incredibly special summer we’ve had here in Spain! Let us share it with you. First let me tell you about our Bible student Peter who has been making fine progress in responding to Jehovah’s underserved kindness. Among the many highlights of the summer, Peter’s progress is right up there at the top for us. We saw a touching example of how Jehovah can provide for those who are trying to do what is right. Peter was in need of proper clothes for the meetings but his financial situation is very limited. One day a kind woman dropped off a big bag of clothes in front of the store where he begs. Inside the bag were slacks, shirts and ties. He feels that this was Jehovah answering his prayer! Now he dresses up for all the meetings and you can see that this brings him great joy! We’ve been encouraging Peter to participate in the meetings by commenting. One Saturday afternoon we met together and spent around three hours preparing the Simplified Watchtower article for the next day together. This was worth it because he learned how to prepare his lesson and the next day he commented twice! Since then he has been preparing his lessons regularly and commenting as well! Over the summer Peter was able to attend the Spanish District Convention with us. He stayed in our home for the weekend and we were able to really get to know him better. He was able to meet different brothers throughout the weekend and the hospitality and spirit of the friends really made a deep impression on him!

Throughout the summer we have had the privilege of being able to travel to different areas in northern Spain for outgoing public talks. One of these places was Zaragoza which is located in between Madrid and Barcelona. The English congregation there reminded us of our old congregation in California because it is so diverse. There were many needgreaters from different parts of the world such as Canada, Australia and the US. It was nice to spend some time with them since they could relate to some of the challenges that we experience at times. The territory in Zaragoza is mostly Ghanian and they respond well to the good news. There is a need to preach to the Ghanian workers in the villages and to work in the congregation.

One thing that we’ve been happy about this summer is being able to take advantage of the beautiful weather to go to the beach. We’ve had some high temperatures and as a result the beaches have been full of people during the summer months. Something else that we enjoyed doing was to have a gathering with some of the brothers and sisters to watch one of the JW Broadcasting programs. This is really easy to do and it makes for an upbuilding time especially for those that don’t have access to the programs. We prepared Mexican food which seemed to be well received. It’s funny how many opinions people from Spain have about how to make Mexican food. Hopefully we can have another gathering sometime in the near future. 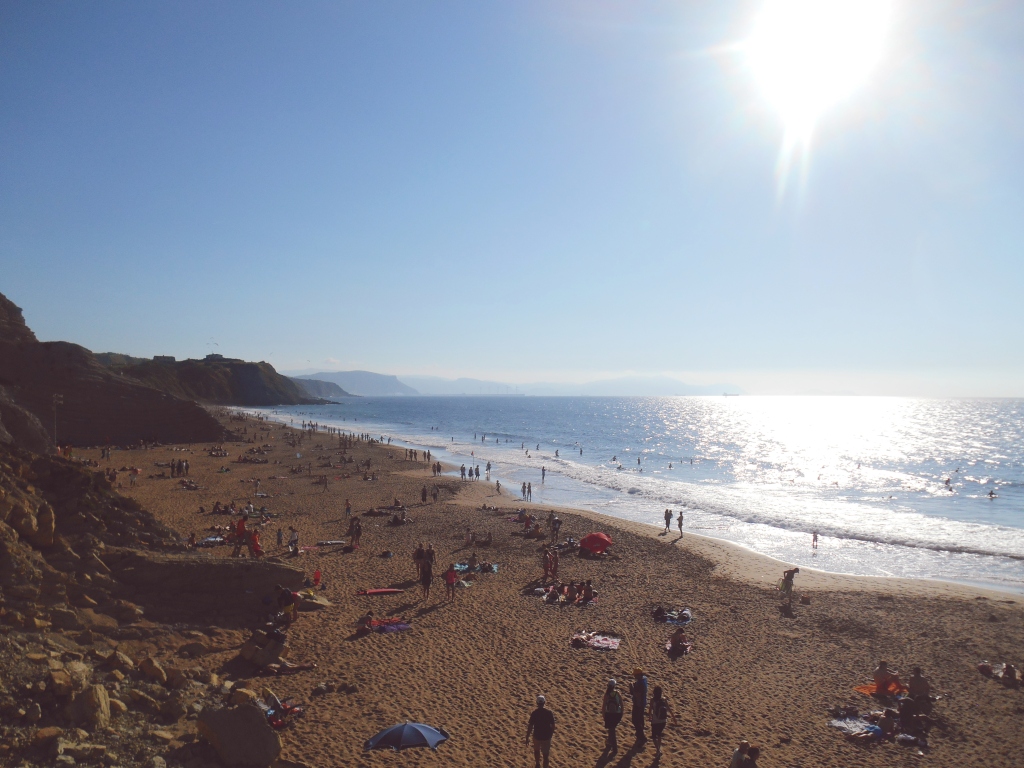 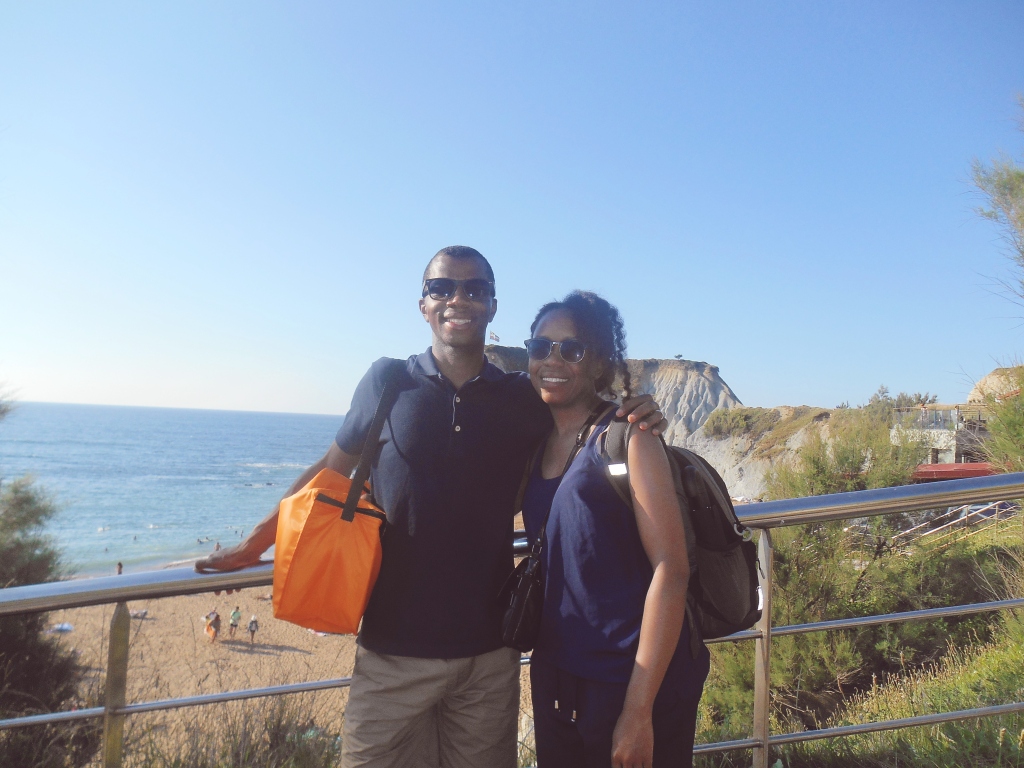 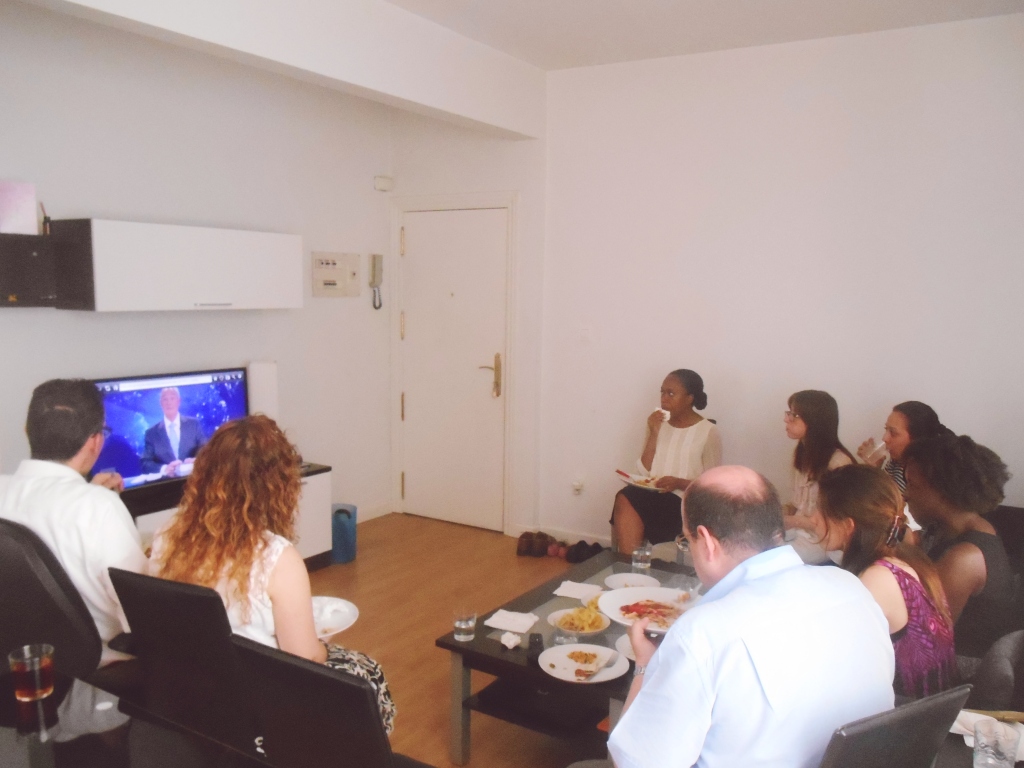 Another highlight of our summer was the visit of Kanicia’s mom and sister, Kabina and Kamila. They are currently serving in the south of France in a small Kabyle speaking group. Although their visit was short we still packed in a lot and had a great time. It was great that they were able to attend a meeting to meet the friends and see our hall. The next day we travelled an hour to reach Vitoria for a public talk. The group in Vitoria is very warm and we had a wonderful time with the brothers there. We were able to tour the old part of the city after the talk which provided a nice time for our visitors to get to see something different. The next day after returning to Bilbao we got ready to head out to our favorite beach. We layed around on the beach and had a delicious picnic of cured meats and wine. It was so relaxing and the weather was perfect and Kabina and Kamila really enjoyed the Basque coast. It was really nice to spend time with family and they seemed to really like Spain even more than France if I remember correctly. 🙂 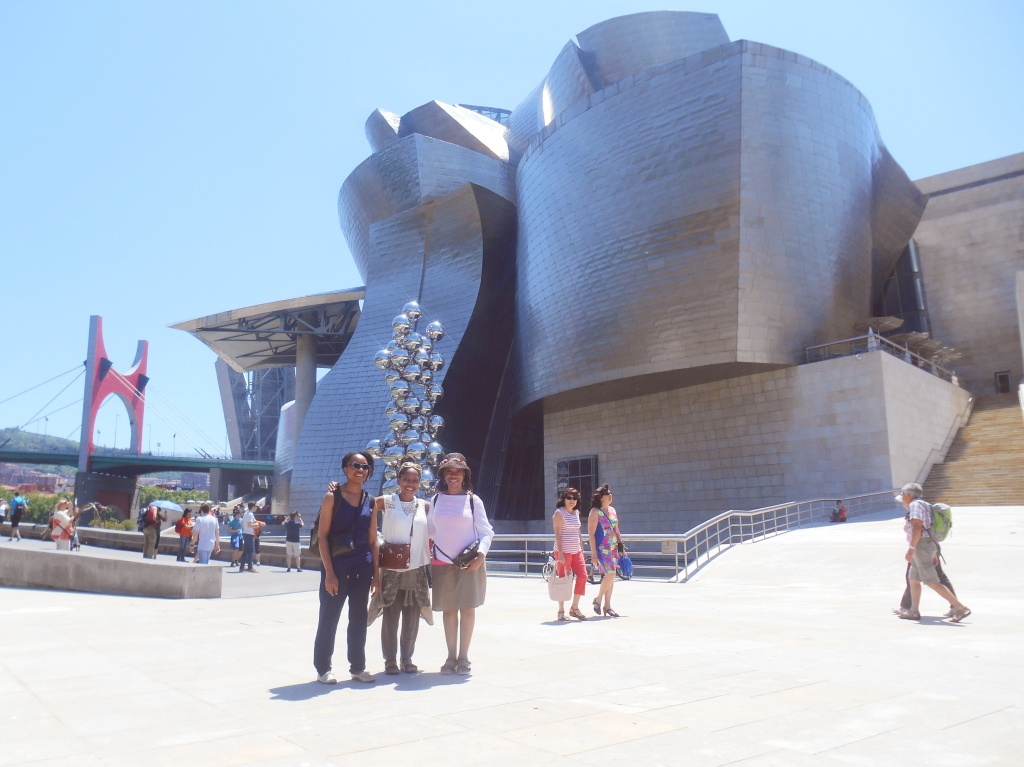 One of the many blessings of the summer was the Imitate Jesus Regional Convention. As you know the program was fantastic! We had a great time in Madrid with the brothers even though there was a serious heatwave passing through the city. I was able to have a demo part using one of the new publications which was a wonderful privilege. This convention was special for the English field in Spain because it was the first time that all of the English speaking congregations met together. Because of this the dining room was converted into a seating area with a monitor to watch the program. It was great to meet different brothers from all over the mainland and the islands. We look forward to the next one! 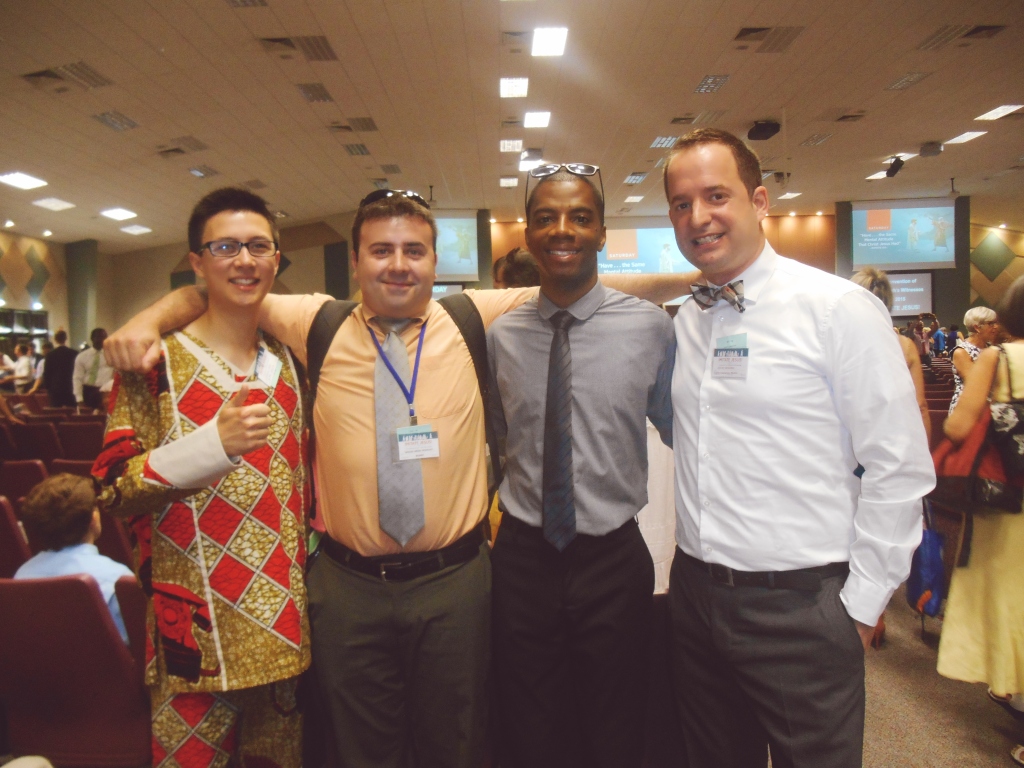 Our time in Madrid was not finished with the end of the convention because we were both set to attend Pioneer School the day after. Kanicia and I had been working hard for weeks leading up to the school in order to study and prepare the best we could. During the school we were able to stay with a kind family of four who provided us with our own room and were very accomadating. The school’s instructors were two C.O.’s. One that serves Northern Spain (including our hall) and another that serves the east coast of Spain and the Islands. The students in the class were great and we really grew to love them in the six days of instruction. They were from all over the country. Some were bethelites, international volunteers and needgreaters. They originated from the UK, Germany, Nigeria, Romania and of course Spain. In our class we had six from the Bilbao English congregation. So we were definitley well represented! It was truly special to be able to attend with my wife Kanicia as this was a unique privilege that we had been waiting to experience for many years! Jehovah knew the right time for it!

Not long after returning to Bilbao we were able to attend a few days of the Spanish regional convention along with our Bible student Peter who was not able to attend in Madrid. It was nice to hear the program in Spanish since we’re often surrounded by English. The whole experience was beautiful especially since we got to see how much Peter enjoyed the material. 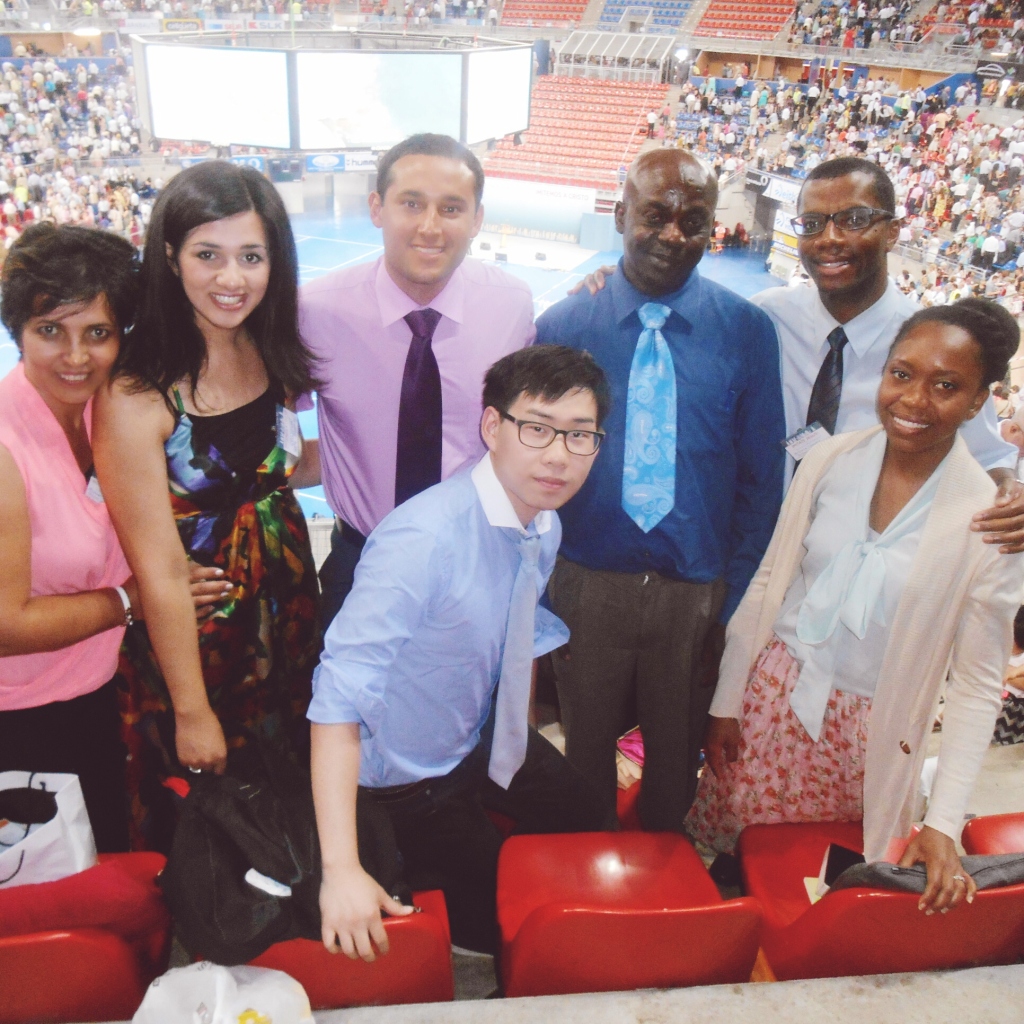 In Bilbao the port witnessing is still going strong. There are some really good experiences taking place and much literature is being placed. As the warmer months fade away the cruise ships will reduce in number but for the time being it is nice to see this arrangement in our area for the cruise workers to receive a witness. 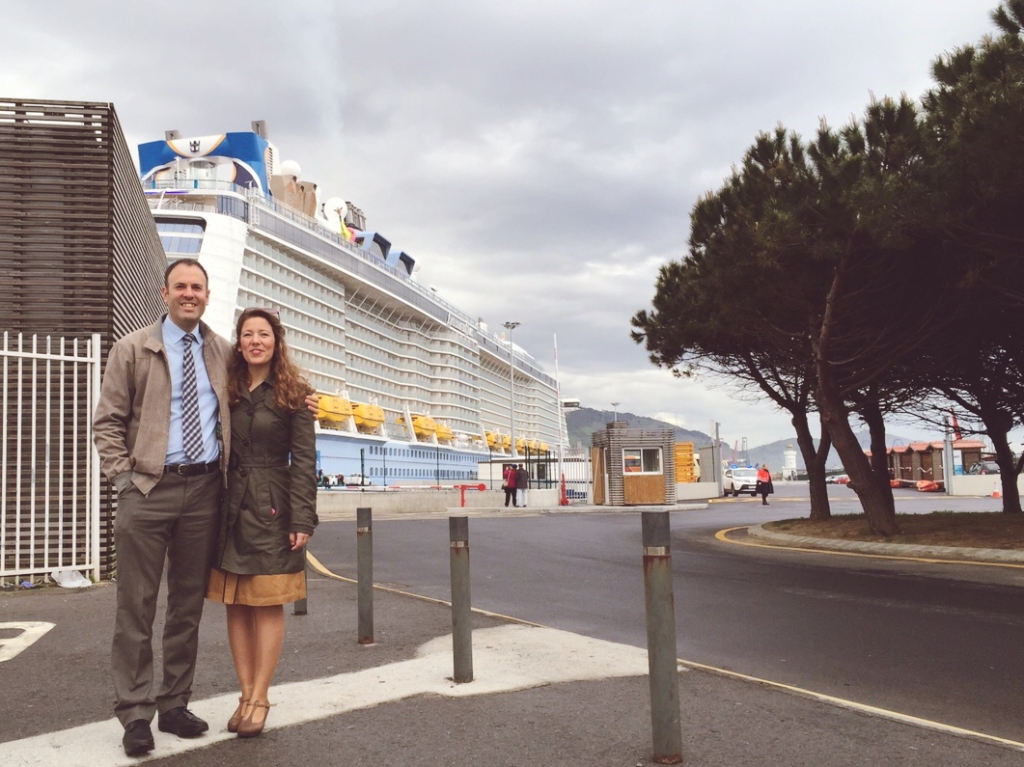 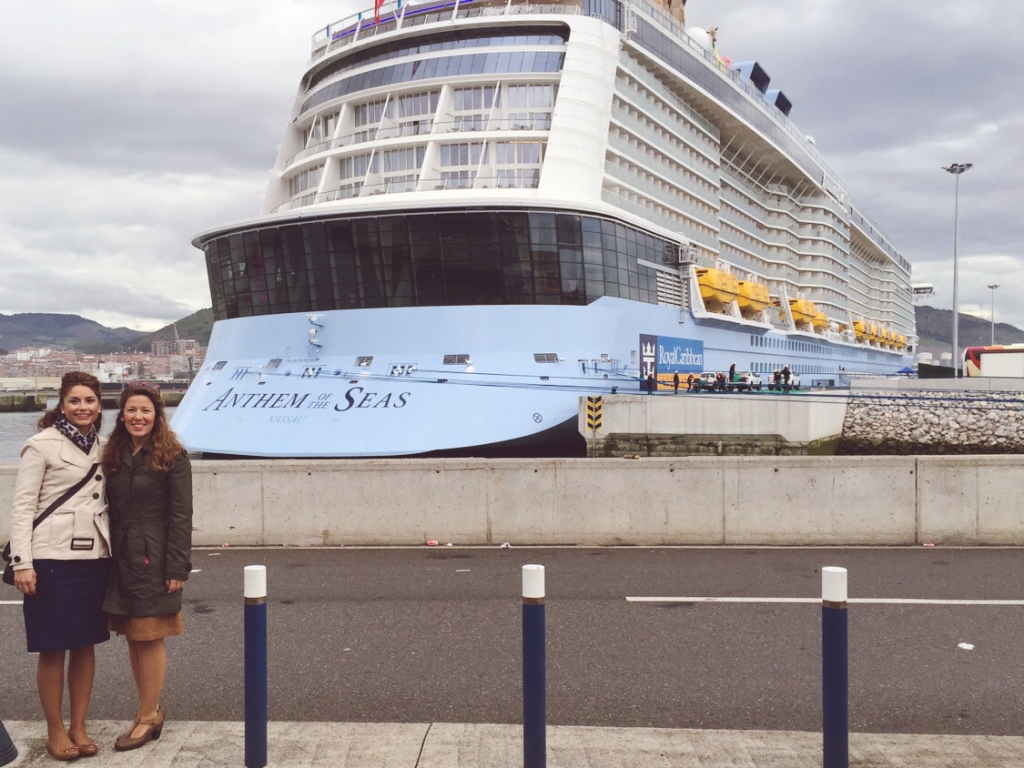 One of the major highlights for us this year has to do with Kanicia. Those of you who have been following our story from our Murcia days know what led us to Bilbao. In fact we were contemplating returning to the States until we gave Jehovah a chance to bless us by working along with our prayers to remain in Spain. In short this led us to Bilbao where we discovered the lovely English congregation. Over the past year and a half or so we had also been working to obtain Kanicia’s residency in Spain. This was much more challenging then we had anticipated but we remained patient and tried to focus on the congregation and our ministry. Then when we least expected it we received approval for Kanicia to receive Spanish residency for five years! We were so thrilled and happy at how things have worked out. In so many ways we have seen Jehovah’s hand in our circumstances and it has been faith strengthening!

As the service year winded down we were busy in the ministry assuring that we would meet our hourly requirement. Since Bilbao has had it’s challenges with adjusting to the territory, dealing with the inclement weather and just adapting in general and this affected our field service time. But in the end, despite seeming impossible we were both able to complete our hours and successfully finish our first year of pioneering together in Spain.  As for now we are preparing for our Special Assembly in Malta in mid October along with a vacation in Sicily. We have some more surprises for later this year and as always we can’t wait to see what Jehovah has in store as we continue to work hard to put Kingdom interests first! We hope you are all well and we send our warm greetings! Hasta luego!

Celebrating ONE YEAR in Spain!

Are you ready yet?